Check out MUBI 's Notebook Primer on Hungarian Animation from 1915–1989 at https://mubi.com/.../notebook-primer-hungarian-animation ! The Notebook Primer introduces readers to some of the most important figures, films, genres, and movements in film history - so we are honoured that Gyorgy Kovasznai has been included in this one: "The films of György Kovásznai also provide a dramatic intervention into ideas about animation, featuring a deep fluidity of form and style. Kovász
9 views0 comments

Nights in the Boulevard on MUBI

As part of "Fables, Folklore, Futurism: Visionary Hungarian Animations," Gyorgy Kovasznai’s short film "Night in the Boulevard" is #NowShowing (almost) globally on MUBI @ https://mubi.com/specials/hungarian-animation During its golden years of the 1970s and ‘80s, Hungary’s Pannónia Film Studios ranked alongside Walt Disney as one of the world’s greatest animation studios. Pannónia’s varying styles were plentiful: ranging from hand-drawn feasts and futurist neon collages, to i
17 views0 comments

We are very excited to let you know that Gyorgy Kovasznai’s animated short film Memory of the Summer of ‘74 will be featured in this year’s Imaginaria International Animated Film Festival. Kovasznai’s film will be included in the Playa Imaginaria special program – which is an exciting selection of films dedicated to the beaches in summer! Imaginaria Festival is organized by the scenic city of Conversano in the Apulia region of South Italy, between 23-28 August. For the full
4 views0 comments

We are delighted to announce that Gyorgy Kovasznai's digitally restored feature film Bubble Bath will be featured at this year's Kecskemet Animation Film Festival (KAFF). The screening will take place at 8pm CET on 12th August in the Museum of The Hungarian Naive Artists / courtyard. As the organizers put it: "In this stylistically bold experimental animated documentary musical, which portrays the disillusionment of the young generation of the 1970s in Hungary, painting and
13 views0 comments

The Dance, the first Hungarian film that already contained staged scenes, was screened at Urania Scientific Theatre in Budapest on April 30, 1901. This date is considered to be the birthday of Hungarian film. Ludwig Muzeum Budapest's new exhibition Wide Angle: 120 years of Hungarian cinema is organized on the occasion of this anniversary and provides a wide-ranging overview of the history of Hungarian cinematography from the beginning to the present day. When visiting make su
14 views0 comments

Wavelengths and Tales from the Art World @ MIAF

Melbourne International Animation Festival's It’s A Mad, Mad Pannonia World screening packs in a collection of hallucinogenic chronicles of decadence, irreverent visual analysis of social mores or insightful fever dreams of life in Hungary through the eyes of the artists who created them in the country's iconic Pannonia Film Studio. The screening - which will take place on 23 July 2021 - features "Wavelengths" and "Tales from the Art World" by Gyorgy Kovasznai. The Pannonia
7 views0 comments 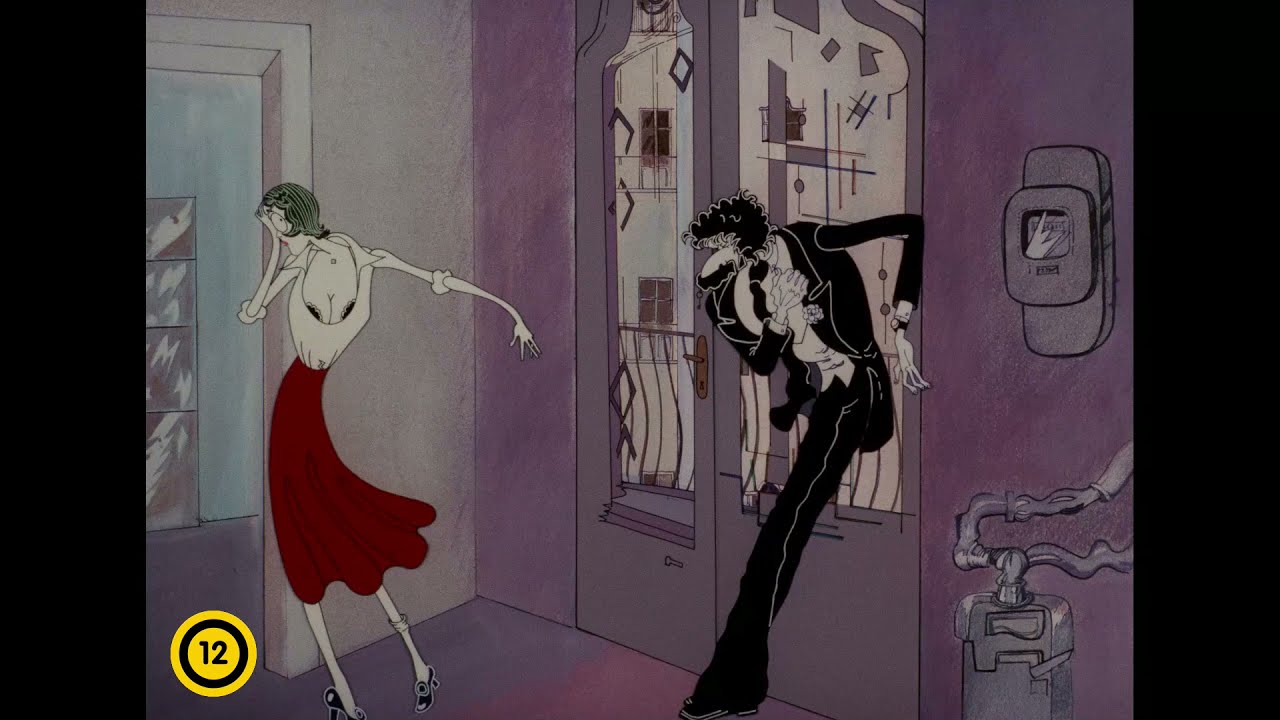 "Bubble bath" back on the cinema screen

Such an honour! - Gyorgy Kovasznai’s “Bubble bath” will be featured in the Annecy Classics program of Festival international du film d'animation d'Annecy in June 2021, alongside Marcell Jankovics’ “Son of the white mare”. Annecy Festival is the most prominent animation film festival globally and its Classics program includes unforgettable animation masterpieces from all around the world. In 1980 when it was first released, Bubble bath went radically against the Hungarian car
32 views0 comments

The National Film Institute of Hungary (NFI) is presenting György Kovásznai’s recently restored animation cult film Bubble Bath (Habfürdő.) The online premiere will be free-to-view worldwide with English and French subtitles on the NFI’s YouTube channel at 7pm CEST on 15 May (György Kovásznai’s birthday) and there is a repeat screening the next day, similarly at 7pm. Access links: https://ace-film.eu/projects/season-of-classics/ https://youtube.com/c/NemzetiFilmintézet-Filmar
24 views0 comments

The 13-episode Candide animation series is now available on cinego.hu. This adaptation of Voltaire's classic piece is based on Gyorgy Kovasznai's original film plans but was released in 2018 by a group of young Hungarian animation film makers. More details via DotAndLine: https://dotandline.blog.hu/2021/01/01/a_cinego_kinalataban_a_legmereszebb_magyar_sorozat_a_candide Still from the 2018 Candide series and a character plan from Kovasznai's 1982 adaptation: . . . #kovasznai
25 views0 comments

Habfürdő in the 2020-2021 Season of Classic Films Catalogue

This publication presents the film titles selected for the second edition of A Season of Classic Films. It provides a colourful palette of European cinema history which we hope will be a source of inspiration for cinemagoers and film programmers around the world. The films are presented by 22 members of the Association of European Cinematheques (Association des Cinémathèques Européennes - ACE). Their aim is to increase visibility to the richness of their collections and attra
24 views0 comments

We are bringing you some great news on the occasion of International Animation Day! The Hungarian National Film Archive in collaboration with Filmlabor's restorers have just started off a 3-month project to digitally restore Gyorgy Kovasznai's 1979 masterpiece Bubble Bath (Habfürdő). The project is part of a wider initiative by the Association of European Cinémathèques (ACE) to promote European classic and cult films. More details: https://filmarchiv.hu/hu/aktualis/hirek/meg
18 views0 comments

Animafest 2020 - Lessons from the Past and Future

Nice summary of some of the highlights of this year's Animafest 2020 - including a shoutout to György Kovásznai and the festival's Focus on Hungary programme: "György Kovásznai was one of the central personas of Hungary's famous Pannonia Film Studio and a key representative of 20th century Hungarian art, but also long censored and omitted as an artist. Animafest 2020 featured Kovásznai’s Bubble Bath, a stylistically daring experimental documentary - as well as a love story,
7 views0 comments

The prestigious Animafest Zagreb International Film Festival is celebrating its 30th anniversary this autumn with a special retrospective programme focusing on groundbreaking Hungarian animation. The retrospective has been created in collaboration with the Hungarian National Film Institute and will be featuring classic hits including Gyorgy Kovasznai's "Bubble bath" (Habfürdő), "Wavelengths" (Hullámhosszok) and Marcell Jankovics's "Son of the white mare" (Fehérlófia). The scr
14 views0 comments

"Nights on the boulevard" comes to Rome

Thank you to the Accademia D'Ungheria in Roma (Hungarian Cultural Academy in Rome) for featuring Kovasznai's short film "Nights in the boulevard" (1972) on their Facebook! Kovasznai was a regular of the Budapest bars and cafés featured in "Nights on the boulevard", which so beautifully evokes the meeting places of the intelligentsia in the city in the '70s. The film unfolds through a cumulus of cigarette smoke, both bustling and intimate, familiar but with a tremor of unspoke
18 views0 comments